* In case of any delay in receiving the OTP, you may verify it later. Please proceed without verification.

Enter your City name or Pincode

Tapa is part of administrative region of Barnala district of Punjab. This small town is known for religious places like Gurudwaras and Deras. It is originally known as Tapa-Mandi and it is administered by the Municipal Council. People from this place or to its surrounding areas admired Tapa due to its holy place, Baba Math. The city enjoys proximity to many nearby cities like Rampura Phul (13 km), Maur (31 km) and Longowal (35 km) besides that districts of Mansa (37 km), Bathinda (47 km) and Sangrur (50 km). In addition to this, Tapa is placed around 21 km away from its district headquarters - Barnala. Located at Barnala-Bhatinda Main Road i.e. National Highway (NH) 64, the city is well connected to its nearby places and other main places of Punjab with both road and rail transportation. 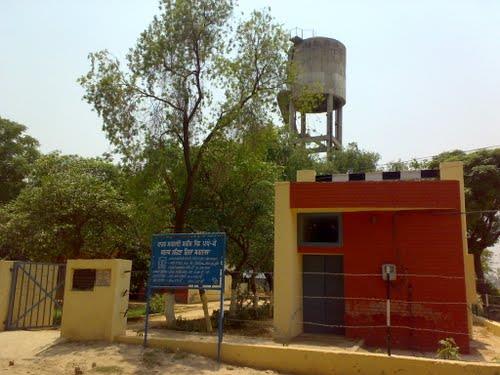 Tapa coordinates at 30°17'53 North latitude and 75°22'08 East longitude respectively. The temperature here remains very hot in summer and relatively cold in winters. From the month of April till the end of June the region experiences hot and humid climate. The maximum temperature during this period can reaches up to 45°C with hot and dry winds blowing across the city. The people of this city gets relief with the arrival of monsoon season from July to September. Once the monsoon season leaves this place, the climate here sees the transition in October and November month, which is regarded as perfect time to travel around Tapa. Thereafter the season of winters arrives at this city from December and remains until February with an average temperature around 8 °C.

Tapa, a Municipal Council city, is filled up with the total population of 23,248 as the reports released under 2011 Indian Census. The whole population of this region is divided into 12,591 males, 10,657 females and 2905 children. The population of Children, which is around 12.50% of total figure, is of those who are under the age of six. Moreover, the city of Tapa is also comprised of a substantial population of Schedule Caste (SC) people who constitutes around 32.20% of the total population. The Census report also mentioned that the city has the average literacy rate of 69.84%, which is, however, lower than the state average of 75.84%. In addition to this, the male literacy here is 73.86% while the female literacy rate is 65.13%. On the other hand, the working population of Tapa Mandi is 8,469 in which 7,078 males and 1,391 females.

The concept of a well-compiled society would be incomplete without the administration of a city. It is because the administration performs various kinds of responsibilities for the people like providing the basic amenities, imposing taxes on the properties and building roads within the rights of Municipal Council. Thus, the people of Tapa-Mandi, which are residing over 4,516 houses in the city, are administered by the Municipal Council of Class-3 level. Initially, it was established as the small town committee in 1945 but in the year 1956, Tapa was declared as Class III Municipality. Its administration is spread across 13 wards for which elections are held every five years. Tapa Municipality practices all its functions under the guidance of an Executive Officer.

The presence of public utility services in the city helps people to fulfill their day to day requirements. The city of Tapa in Barnala district of Punjab has sufficient amount of these services in which healthcare, postal and banking are the most efficient ones. It has a government hospital which is equipped with modern equipments and experienced staff. Tara city is comprised of a sub office branch of post office where all vital postal assistance is provided to the inhabitants. Similarly, many top nationalized and private banks of the country have established their branches at different areas of this city.

The residents of Tapa city in Barnala, Punjab, have the access of various monetary benefits provided by the several branches of nationalized, private and commercial banks of the country. The banks like Punjab National Bank, State Bank of India, HDFC Bank and Oriental Bank of Commerce have placed their branches at the varied localities of this city. They offer wide range of banking facilities for the present and future monetary benefits of the people. Some of these bank branches in Tara are mentioned below:

Tapa Mandi in is dotted with few government hospital. This hospital has well experienced doctors as well as nursing staff who used modern medical equipments to provide adequate treatment to the people of varied health problems. The hospital also has excellent emergency services for any kinds of mishap. However, there are some private clinics, nursing homes and chemist shops placed at the different areas of Tara city.

The small town of Tapa is placed at National Highway - 64 which is a main road between Rampura and Handiaya also to Barnala and Bhatinda. The city is located at the distance of 19 km to Bathinda from Barnala and almost 42 km to Barnala to Bathinda. However, Moga Road is also going through Tapa city that directs towards Pakho-Kenchian. Despite the fact that the city of Tapa does not have its own bus stand but both state transport buses and private buses have their services across it providing convenient ride to the commuters. To travel within the city, people used to take assistance of various local transport options in particular auto-rickshaws. The airport in Ludhiana is the nearest one to Tapa which is located roughly 80 km from here.

But perhaps the best option to reach at Tapa city is through railways because it is comprised of its own railway station i.e. Tapa Railway Station. Major express and passenger trains have their stoppages at this railway station and connecting to important places of Punjab. Some of the major trains running through Tapa Railway Station are Delhi Bhatinda Intercity Express, Bhatinda Delhi Express, Haridwar Shri Ganganagar Intercity Express, Bhatinda Ambala Passenger, Ambala Cant. Shri Ganganagar Passenger, etc.


Places of Interest in Tapa

The city of Tapa is not comprised of major tourist place but it has been famous for its historical temples and gurudwaras. Baba Math, a popular sacred place, is admired by many people from its surrounding areas. Besides that, it also possesses a historical shrine namely Gurudwara Tibba Sahib Patshahi IX, which is devoted to Guru Teg Bahadur Ji. It was constructed by Maharaja Karam Singh of Patiala but it was converted into a wonderful complex by Baba Narain Singh Moni. The shrine has a rectangular hall at its center, Guru Ka Larigar at the entrance and small walled sarovar outside the main building. A large number of people come to this holy place and participate in daily prayers and kirtan. The Gurudwara gets enlighten especially in various local Sikh festivals.


Tapa at a Glance

Comments / Discussion Board - About Tapa